Jurre is very special. We were introduced to him in 2015 and bought him instantly. He combines stunning looks and a teddy bear personality, and whilst being only a young stallion, born 2011, he is a very mellow boy. He does however have an incredible wow factor, and this is the first thing everyone says when they first meet him.

Jurre is 17hh and still growing. He is trained to ride and drive, and we drive him recreationally several times a week. His work ethic is incredible and he is alwasy happy.

Jurre is sired by the infamous Beart 411 Sport Preferent and his dam sire is Teunis 332. His dam is Wilkje Fan Ychten who is only one offspring from becoming preferent. His granddam is the lovely MODEL PREF mare Marrit B and his great granddam is Wilkje, who is graded MODEL PREF PREST!!

Jurre was a first premie foal, and went to the stallion gradings as a rising three year old. he obtained his STER in the first round in Dec 2013, and therefore was invited to the Leeuwarden show in January 2014. He made it to the third round which is a huge achievement. His linear scores are incredible, with 107 for walk length, 105 for walk strength, 109 for trot length, 106 for trot strength, 109 for balance, 110 for elasticity!!

Jurre was trained to drive by the renowned Harrods Coachman David West (Westways Carriage Horses) and we are so lucky to have had the amazing Georges Dewez , ex Lippica rider who trained under Nuno Oliveira, work with Jurre under saddle. 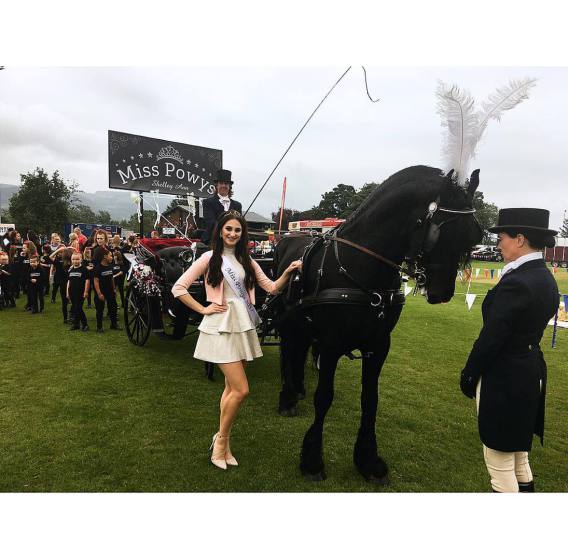 Jurre at the start of his training under saddle with the amazing Georges Dewez of Carreg Dressage www.carregdressage.co.uk 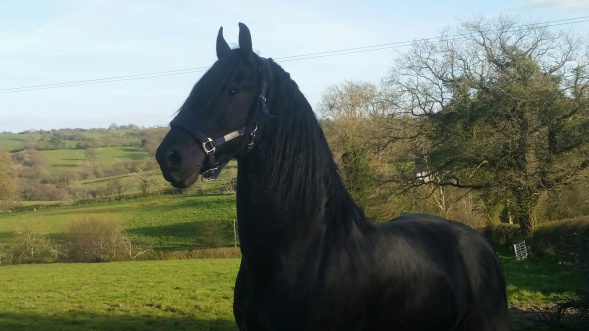 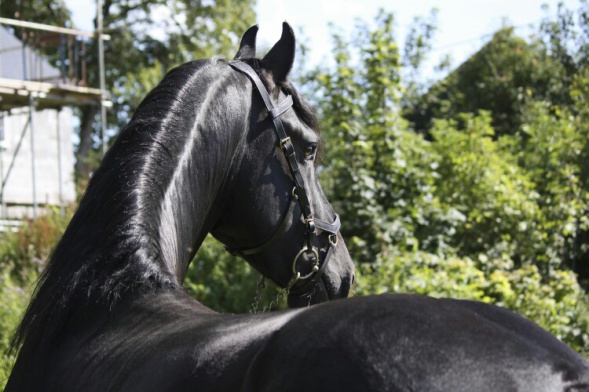 Teun is our newest stallion, he is  now 5 and is driving in a pair and on his own. He stands at 17hh. He is driven in our victoria and landau wedding carriages alongside Jurre.

Teun arrived from Holland on 30th January 2017 and he instantly settled in. He is even more mellow than Jurre. He is stabled next to Jurre so they are firm friends. This is important for stallions to work together. His temperament is everything we saw when we found him, and we are confident he will develop into as impressive a stallion as Jurre. He has huge shoes to fill there!

Teun was also a first premie foal, and we are looking forward to him achieving ster grading in a few years. He and Jurre are made for each other and the pairs training has gone perfectly. Teun gets plenty of rest in between his exercise to allow his young body to grow and get stronger.

He was lightly backed under saddle last year and i have ridden him a few times, though driving is his first love.  He has been working with Jurre for since we bought him and has been foot perfect. We are very proud of his work ethic and attitude.